Some iPhone 13 users are reporting issues of a pink screen issue when using their device. The problem makes the device impossible to use unless it is force restarted.

A user posted in October that their iPhone 13 screen turned pink and started crashing randomly. While their iPhone was replaced by Apple, several other users started to report this problem with some customers able to swap their device and others being told it was a “software bug”.

The user reports are all different and it is not yet known why this happens although it is only happening to iPhone 13 devices. One user said in December that they “had the same issue when taking a picture and it froze the display, it then turned pink and restarted”. They then called Apple support, who ran diagnostics and said nothing was wrong and that there was no issue.

Others that also encountered the issue stated that they had problems with their battery and after restarting the device the screen turned pink. They took the device in to an AASP and were unable to repair the issue.

Apple advises that they “didn’t notice relevant problems in the hardware of the devices because this situation is caused when the system is locked.”

Our Advice To Users With This Issue

If you own an iPhone 13 then we recommend keeping your device updated to the latest version of iOS and also backing up your device regularly with Finder or iTunes or with iCloud.

If your iPhone display is broken or damaged you may also encounter this issue or other OLED display issues. These can be solved with a screen repair, contact us today. 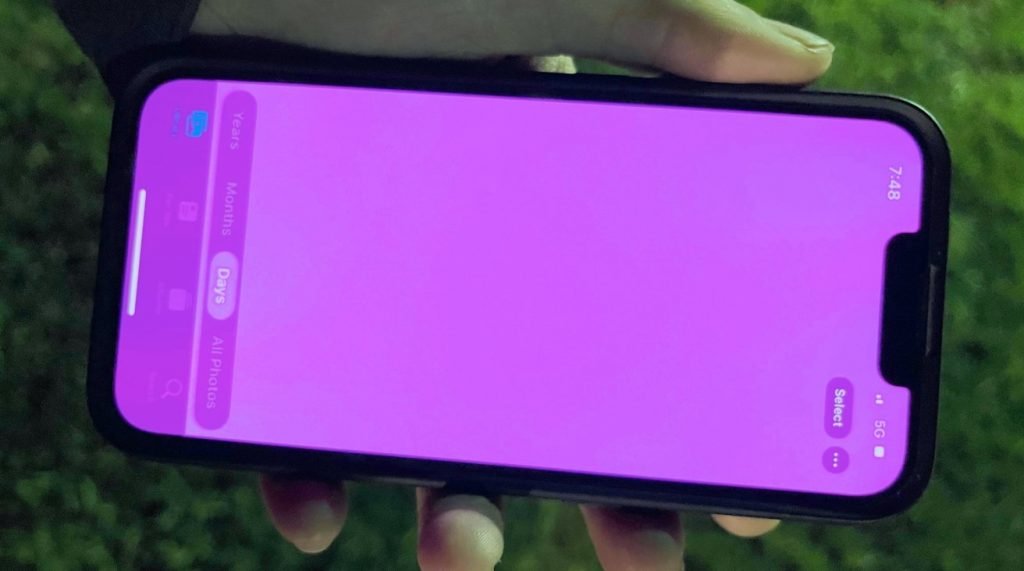 We’re currently updating our website to bring new things to you. For full functionality, check back soon!